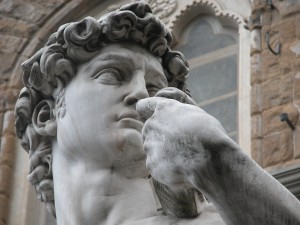 The essential technology for the new millennium is the most complex technology ever conceived.  It is not Windows or Unix, or the internet, or a programming language, or some type of artificial intelligence.  It is people.

If you are a technology junkie, you may laugh, but consult anyone involved in the robotics industry and they will assure you that the cost and complexity of emulating just 10 percent of the capabilities of the human finger are astronomical and that such emulation may be physically impossible.  And thus the questions beg to be asked: Are we futilely attempting to replace human beings with an inferior technology?  Can a creator imbue greater capability into a creation than he possesses himself?

I propose that our primary role as technology creators is not to recreate or replace the human being, however challenging that task may be, but to offer tools that optimize this already marvelous creation.  I propose, perhaps contemptibly, that man must not become the slave of his own creation.

What we have now already exceeds our needs.  For many users, the graphic interface is just a slower version of the text mode interface.  If you just want to read (the essence of acquiring information), text mode is satisfactory.  As for sound, I deactivate most sound based capabilities, because I certainly do not need them and I can assure you I do not want them.  As far as advanced touch capabilities, that is far too personal for a personal computer.  If a mouse ever squeezes me back, I’ll cut its tail off.

While business is transacted with a user interface, business is conducted with a human interface.  Business is conducted between two people or two organizations of people because you have a relationship with that other person or organization.  You cannot conduct business with a computer, because a computer is not a legal entity nor is it a living entity.  The computer may assist you in transacting business, but it cannot conduct business unto itself.  The classic and enduring sign of business being conducted successfully is the handshake, not an email or a fax.  The transactions that follow the handshake can take any form required, but you need the human interaction first.

It is ironic that the primary reason that the internet has exploded has not been e-commerce or the ability to buy or sell anything on the internet, but rather that people can communicate by sending email and being social online.  As I recall, Hollywood made a movie named “You’ve Got Mail”, not “Your Order has Shipped”.  Technology has not changed or reduced the need to communicate; it has simply provided alternative methods to do so.

Technology can and will be used incorrectly.  Let’s look at the classic voice-mail dilemma.  Voice-mail was originally conceived of as a means of preventing the receptionist from having to take notes.  The whole idea was to allow the incoming caller to leave a personal message for the recipient.  It’s a great concept and it works.  Then some genius decided to take another step forward and invent the “automated attendant”.  The automated attendant replaces the receptionist altogether and lets the incoming caller navigate a maze of options to reach the desired person.

The premise is that the incoming caller has complete flexibility and does not need an obsolete human to direct the call.  Unfortunately, the keypad interface has no visual capability and the caller inevitably ends up lost in a maze of convoluted scripts.  The promise of “voice-mail” becomes the reality of “voice-jail”.  When the caller lost in voice jail is a prospect or a customer, the premise that the automated attendant will save money looks pretty shaky.

What is wrong with the automated attendant?  First and foremost, it is inhumane.  It separates people from other people by trying to have technology perform a task that is better performed by a human person.  A human receptionist can have empathy with the caller (and empathy is frequently needed) and direct the call appropriately.  Inflection, language, and diction are all indicated in the human voice.  All of that is wasted on the not so attentive automated attendant.  The very fact that the caller has chosen the telephone over other communication methods indicates that the caller is seeking a human interface.  Finally, for all its glory, the automated attendant is a less than complete technology.  Trying to recall the audio menus is about as easy as recalling the list of specials presented by your waiter at a restaurant…  “Uhhh, could you repeat the first special, please?”

Any company can throw technology at a business problem.  However, successful companies will provide a combined technological/human interfaced solution that treats the customer as a person and not as a number.  Let me put this more plainly.  The company with the best human interface wins.  If you can make the human interface better with technology, great. Otherwise, your technology is failing.

To close, I would like to add a final thought.  The creative reality for a technology company is not often the rush it is proposed to be.  The reality of the chip manufacturer is a stale clean room with nearly total sensory deprivation.  The reality of the programmer is life in front of a phosphorescent piece of glass, plastic keys, and an artificial mouse.  The reality of the cell phone manufacturer is an endless rack of circuit boards to be assembled into an endless line of plastic cases.  Ironically, in the ultimate form of creation, where human begets human (the pinnacle of technology), we have pleasure, not with sensory deprivation, but with sensory exhilaration.  I ask again, Can a creator imbue greater capability into a creation than he possesses himself?